Probable Cos – I used to look up to Bill Cosby

The sordid stories about Bill Cosby continue to accumulate. After his latest admission under oath that he allegedly obtained drugs with the intent of having sex, I found it greatly disturbing, but also a major disappointment. I’m sure that goes for countless others.

I used to look up to Bill Cosby. When I came to the United States from Tanzania, I used to watch Bill Cosby’s show to learn English. Later on, I was fortunate enough to meet him. 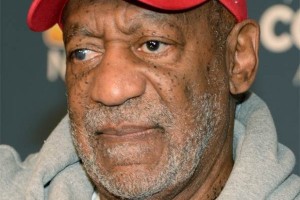 He impressed me with the fact that he was a soft-spoken man, very nice and very generous with his time.  Cosby gave me great advice, something that a young standup comedian needed to hear. He inspired me in my career and helped me to believe in myself. Needless to say, I was a fan.

Being on the inside of the entertainment industry, I can attest that there is another element that needs to be addressed, an element that is critical to understand. This is especially true when rape allegations abound. However, for some reason, the right questions are not being asked.

First, let me just say that I appreciate the need for women’s advocates who want justice in these cases. Justice is something we all seek. I hate to see women used and abused. Once people of power and prestige misuse their position to hurt someone, we all suffer. Our society is less than it should be.

Therefore, it is of tantamount importance to get to the heart of the matter, to study the basis of the allegations, in a fair and unbiased fashion.

We have to look at the facts, not just those involving the victims, but also the alleged perpetrators. Sure, it’s the proverbial “two sides to every story.”

In show business, when men attain a certain notoriety, there is a downside that goes with all the fame and money. Female groupies descend on male performer like locusts. They have a need to be seen with the celebrity and all too often these women offer sex to achieve their goals. Many of these women will stop at nothing in their pursuit of the celebrity. It’s almost like these women are stalkers.

It’s my opinion that groupies have emotional issues. They don’t respect their bodies, but use them as a commodity in order to gain status, and perks.  They want to get pregnant. I have seen groupies debase themselves and abandon decency and self-respect to get what they want.

I used to travel with musicians and the plague of locusts were always there ready and willing to devour anything in their path when it came to being accepted or “wanted” by the celebrity. They would fight amongst themselves to see who was going to sleep with a certain musician first. One woman, a beautiful model, offered me sexual favors, if I would tell her the room number of one of the guys in the band. I couldn’t understand why she was so willing to sell herself.

Unfortunately, the groupie phenomenon has been around for decades and just as unfortunate is the attitude of many stars who feel entitled to do what they want to these women.

There are many aspiring, talented women who do not fall into the groupie category. They want a career in show business, just as I did. They want to make themselves known, just as I did. Still, their dreams are thwarted by the entertainment system.

We know there is a bias in Hollywood that stacks the deck against women. Images of the casting couch have long been burned into the minds of those in power and those who dream of fame. That, too, is unfortunate.

So the playing field needs to be leveled so that women can achieve success without the fear of rape or the need to sell themselves to reach a certain rung on the ladder.

I’m not saying that any of Cosby’s accusers have a groupie mentality.

Even though some of the women have admitted that they hung out with him, spent time with him, it does not suggest they were asking to be raped. Again, people need to ask the right questions to find out all the details.

When I first heard the allegations against Cosby, it surprised me. Why would he have to rape any woman given who he was? But after his admission that he obtained drugs in order to have sex, my opinion changed. His admission sheds a light, albeit a glaring light, on his actions leaving many of us bewildered and justifiably disenchanted.

Perhaps we assign the title of “hero” too easily. We elevate celebrities too quickly without considering they might not deserve to be there. When we discover they have feet of clay, it changes us and not for the better. We wonder how we ever could have been so blind.  We get angry.

Sadly, though, we forget about the so-called heroes who betrayed us and move on to the next one. We have an insatiable need to worship celebrities who live the lives we think we’d like to live.

Maybe, we should perfect ourselves and be the kind of person who has the finest qualities we think we see in others.