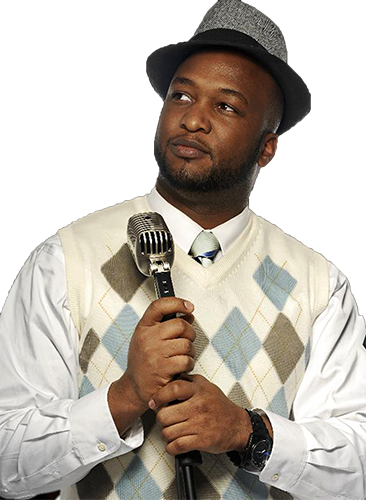 Many words embody Ed Blaze’s skills, vision and work, but hardworking and sharp-witted are two terms that summarize the comedian’s personality. Rising from humble beginnings in his native Tanzania, East Africa, Blaze found early in life the fortitude and optimism to cultivate relationships, make people laugh and commit to philanthropic causes.

A rising star on the comedy circuit, Blaze seizes every opportunity to showcase his unique brand of humor and delight fans ranging from adults to children. Recent accolades came from openings for Ralphie May, Jim Gaffigan, Gary Owen, Erin Foley and Luenell. He also promoted comedian such as Rachael Feinstein, Esther Ku, Mike Lawrence and Nema Williams’ “This Ain’t Safe” tour and produced the comedy DVD, “U Gotta Dollar,” also featuring Nema Williams.

By leveraging the contacts and network of his company, Metro Comedy Entertainment, Blaze is able to reach out to up-and-coming comedians and help them shine in the entertainment world.

Blaze used humor to cope with a childhood marked by indigence, to thrive in the face of adversity, and to sow hope and optimism in the hearts of those who are grappling with despair and pessimism.

His sense of humor stems from a philosophy of survival, one acquired from travails he experienced while living with his grandparents in rural Tanzania. He recalls “sleeping nights on a goatskin on the dirt floor while rats ran freely about the family hut.” He adds that “these are not like the nice rats you have in America, with the nice fur, the nice hair…and everything. The ones back home are dirty, and their hair is missing in some spots…as if they have a bad disease, like the diarrhea of a wimpy kid.”

Blaze likes to poke fun at everything, from sex and politics to race and pop culture. He can draw absurdly hilarious comparisons between life in the United States and existence in Tanzania – or East Africa in general.

In October, 2015, Blaze released his latest book, “World Peace Is Comedy.” In a witty but formal style, he explains that humor is his way of communicating and creating bonds with people from different cultures – a medium through which people can understand each other, cultivate friendships and share unique experiences.