American Politics “Why Trump is Good for America” 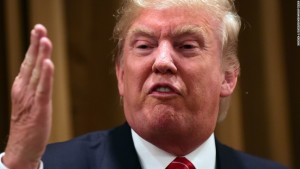 Trump is not very popular among the better part of the younger generation or very popular with female voters. He is quite an opinionated individual and has a lot of motivation, though it can easily be argued that his morals and the way he uses his motivation could use quite a bit of adjustment. He has a large background of working with finances and would probably be better suited as the Secretary of Treasury instead of the leader of America.

Pros:
1. Donald Trump has had his background combed through pretty well and there isn’t much hidden about who he is. What you see is what you get with Trump, which can be a good or bad thing but at least his past is transparent.

2. Trump has extensive business experience involving negotiations with other business leaders and even with other governments, so he is bound to have quite a few hidden connections. He has a good eye for economics, for the most part.

Neutral:
1. Trump can easily be a “sheep-herder”. While he mostly does not use this for good reasons, he has brought some of the worst people in America out in hordes. He has quite a powerful personality and no one can deny that.

Cons:
1. Trump mainly seems to be “By the people, For Trump”, in the simplest terms. He seems to view the White House as just an advantage in his career as a CEO. He is quite the impulsive person and is more interested in promoting himself than actually changing the world for the better. His finances himself are even geared towards promoting his brand and increasing his profit.

2. It seems like he is just running for president as a publicity stunt and doesn’t take it very seriously.

3. Trump has repeatedly made sexist, racist, and ableist comments on several occasions. He also has made some rather creepy comments about his own daughter, Ivanka.

4. Trump has gone bankrupt more than once and has openly admitted that he has manipulated bankruptcy laws in order to gain more money at the expense and downfall of other people and society.

Here are some links you can check out about the things Trump has done:
Trump changing his opinion 5 times in 3 days: httpss://www.washingtonpost.com/news/the-fix/wp/2016/04/03/donald-trumps-ever-shifting-positions-on-abortion/

Trump making fun of someone with a disability: httpss://www.youtube.com/watch?v=PX9reO3QnUA